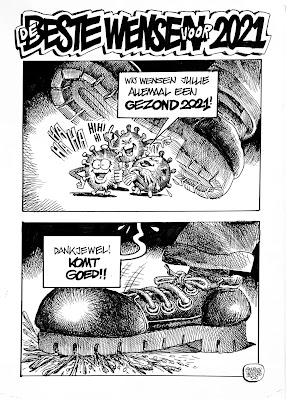 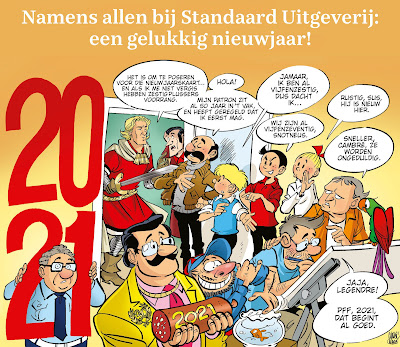 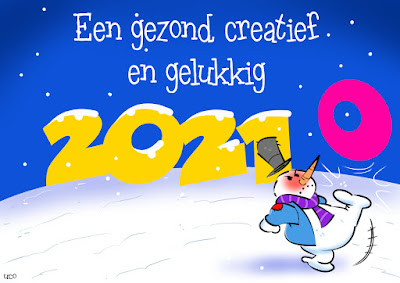 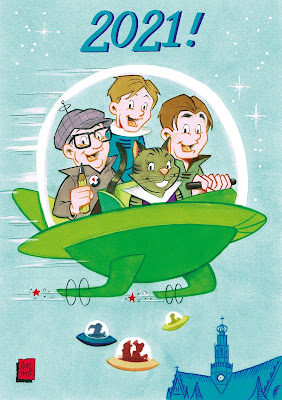 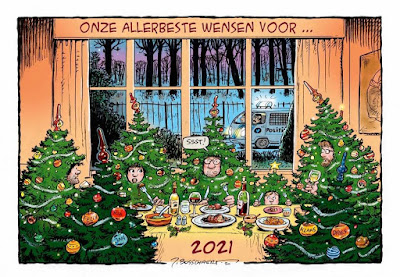 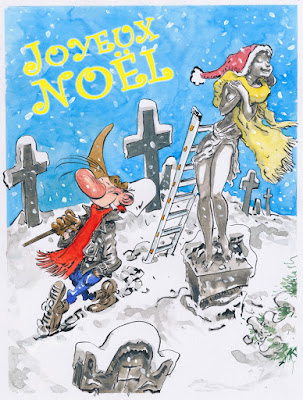 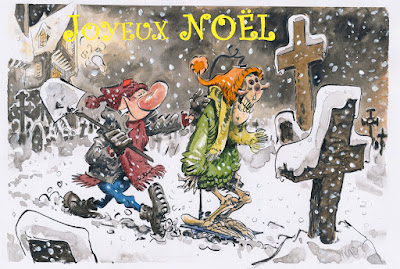 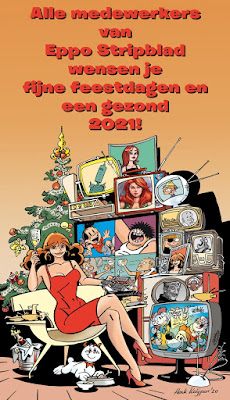 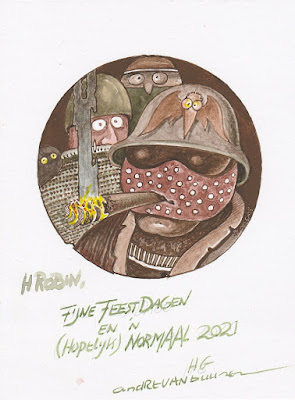 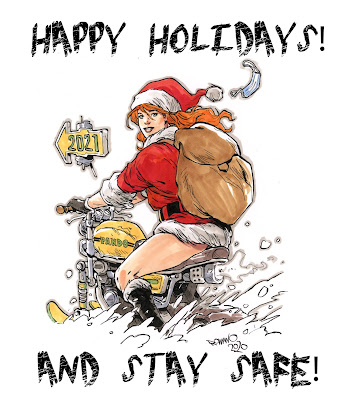 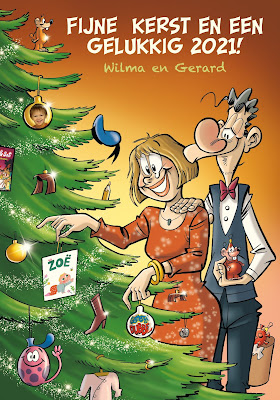 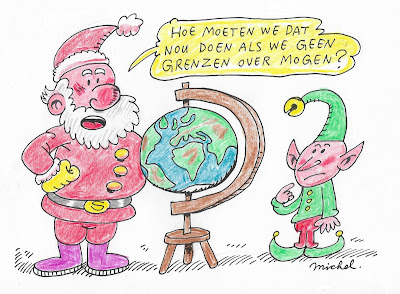 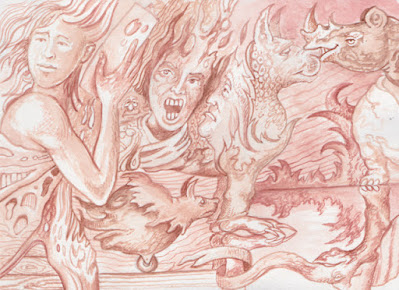 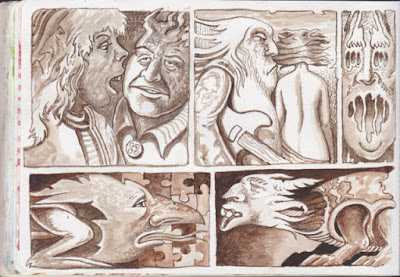 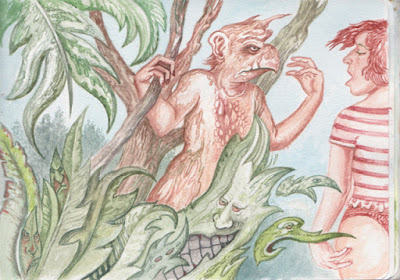 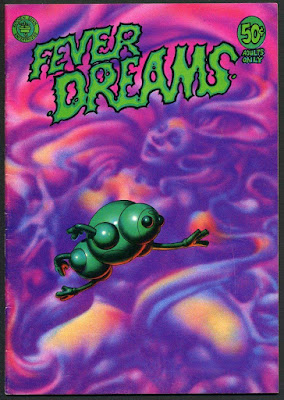 I had a few words to say about the recent passing of Richard Corben. Overall, I am not too sentimental about nature taking its course, but this is a bummer. Not just because Corben was a personal favorite and a certified genius - he could make anything thing look good, no matter how trivial the assignment, Turtles, Hulks or Aliens- but also the fact he was creating new work as always at the age of 80, and still developing! Just check out the recent model studies on his personal website. He died in the saddle, so to speak.

Also, like other geniuses, he was insanely productive. Muuta.net is the most complete overview of his work I know of, but has anyone had the courage to count all the pages and illustrations he has done? I envision a warehouse filled with mountains of paper. 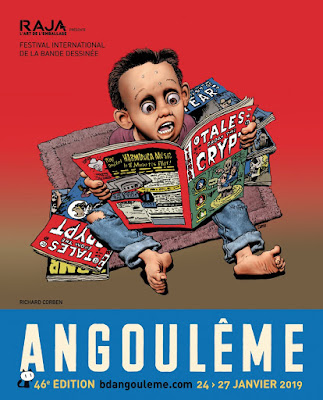 Unlike most other geniuses, Corben proved to be an astonishingly shy and modest person in the rare interviews he has given. A diligent worker, genuinely surprised with the praise he got. Rarely went to festivals. Receiving the Grand Prix of Angoulême in 2018 must have been a shock! But that is another thing: that prize reflects the appreciation of collegues. He was quite the artists' artist. Many would secretly want to copy him... But no-one could, that is how unique his style was. The comics world is rife with epigonism - only one Richard Corben. Untouchable.

There is also something I would like to say about Corben as a storyteller. It's often overlooked. In this aspect, his modest attitude may have led him to sell himself short and even work with writers who were less talented than him. (Bills having to be paid aside) I think he is quite good. For those who read closely, and beyond his super-voluptuous women (nothing wrong there, btw) you will see that claims of his work being sexist are nonsense and that the evident self-irony that is one of the hallmarks of Corben's work. 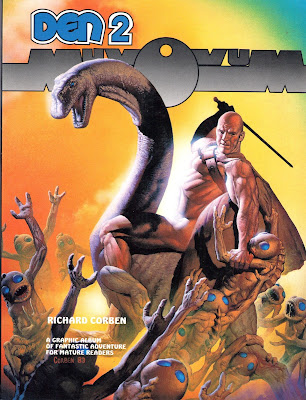 DEN is not a macho man by any means. He is a innocent nerd in the body of a half-god, who is manipulated and betrayed by various characters: Zeg, the Red Queen, Kang, Ard and so on. There are several women in his life in Neverwhere, but with none he finds happiness. Or take the early short story Horrible Harvey's House which is in fact a quite modern tale of a woman who leaves her gaslighting asshole boyfriend for someone who is much sweeter to her: Harvey. He may be horribly deformed, but that does not matter! True love, that's what it is! 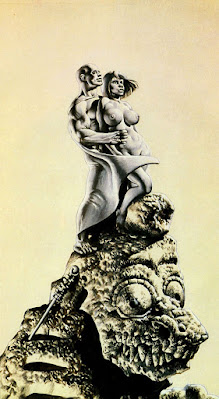 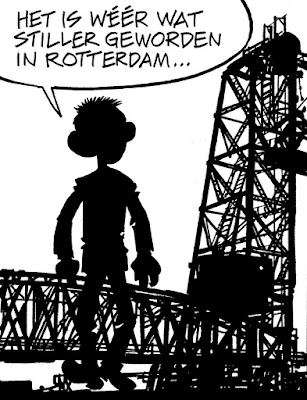 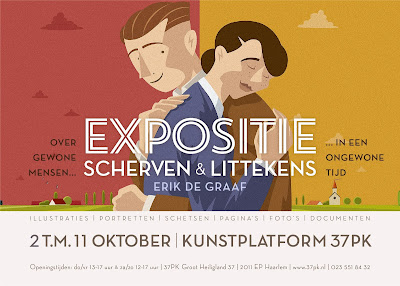 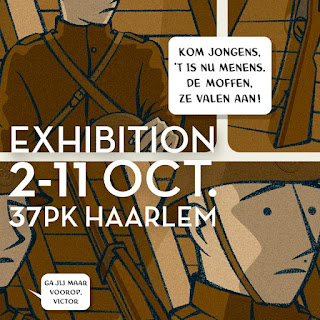